For the ultimate up-close experience of the Burj Khalifa, take a cruise on the lake. Attractions also include pedalos, a floating garden, kayaks and water bikes. One of the best things to do in Dubai if you’re new to the city.
Dubai Fountain, Dubai Mall, Sheikh Mohammed Bin Rashid Boulevard, www.thedubaimall.com (800 28843867).

The Dubai Fountain is a choreographed fountain system located on the 12 hectare (30 acre) artificial Burj Khalifa Lake, at the center of the Downtown Dubai development in Dubai, United Arab Emirates. It was designed by WET Design, a California-based company also responsible for the fountains at the Bellagio Hotel Lake in Las Vegas. Illuminated by 6,600 lights and 50 coloured projectors, it is 275 m (902 ft) long and shoots water up to 500 ft (152.4 m) into the air accompanied by a range of classical to contemporary Arabic and world music. It was built at a cost of AED 800 million (USD $218 million).

The name of the dubai fountain was chosen after a contest organized by the developer Emaar Properties, the result of which was announced on 26 October 2008.Testing of the fountain began in February 2009, and the fountain was officially inaugurated on 8 May 2009 along with the official opening ceremony of The Dubai Mall. 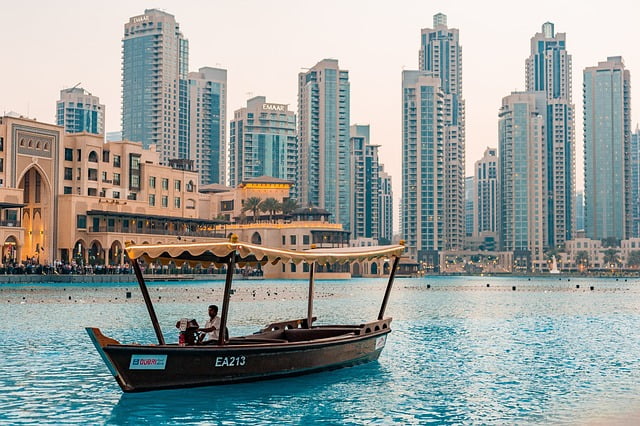